Electro-Medicine - A Coming of Age 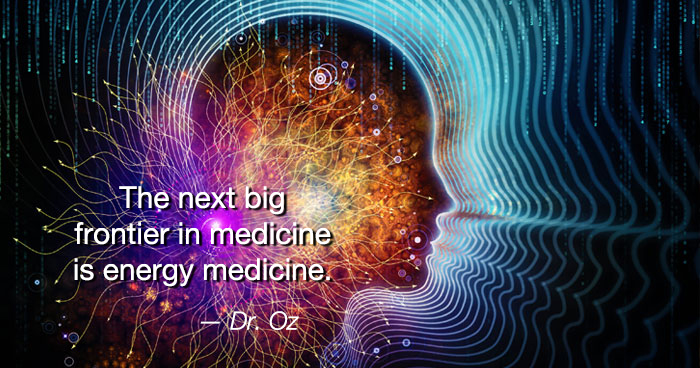 The history of electro-medicine is “rife” with misunderstanding and hyperbole; nonetheless, it is grounded in science which is realistic and reliable.

How does one discern the difference?
How does one discern between exaggerations/misrepresentations and the real facts?
How do we trust one over another?  How do we trust one representation of the story over another?
And especially, how do we choose to utilize this technology and which approach is the most practical?
For answers, we first look back at the history.

Electro-medicine Has a Long History

People have been experimenting with the effects of electricity for centuries. For example, electric fish were used for medicinal purposes in ancient Greek and Roman times for relieving headaches, gout, epilepsy and melancholy.

Scribonius Largus wrote long ago, “For any sort of foot gout, when the pain comes on it is good to put a living black torpedo fish under his feet while standing on the beach, not dry but one on which the sea washes, until he feels that his whole foot and ankle are numb up to the knees.”

The first notable experiments were conducted by Friedrich Anton Mesmer (1733-1815), which involved stroking the body with magnets and other means of delivering gauss to the body. He became famous for treating lords, nobles and monarchs. Since science had not yet progressed to the point of understanding how this might work, Mesmer’s experiments were largely unrepeatable. Benjamin Franklin eventually declared Mesmer a fraud.

Even so, experimenters like Franklin remained fascinated with the fundamental principles of electro-medicine. Franklin, himself, experimented with “Leyden jars”, which originated in the Netherlands. Leyden Jars served as an early form of what is now called a capacitor, gathering an electrical charge and storing it until it is discharged.

One of Franklin’s first experiments was to place the jars on paralyzed individuals and then apply electrical shocks to the affected limbs, a procedure that only produced a temporary relief of symptoms. These experiments preceded his famous experiment of collecting electrical energy from lightning.

By 1890, an electro-medical society was founded in the U.S., helping to make numerous electrical devices of every conceivable shape and configuration available to the public. A fair portion of these devices did have the potential of doing the job for which they were intended, but they represented differing theories and many were accompanied by totally ridiculous claims. 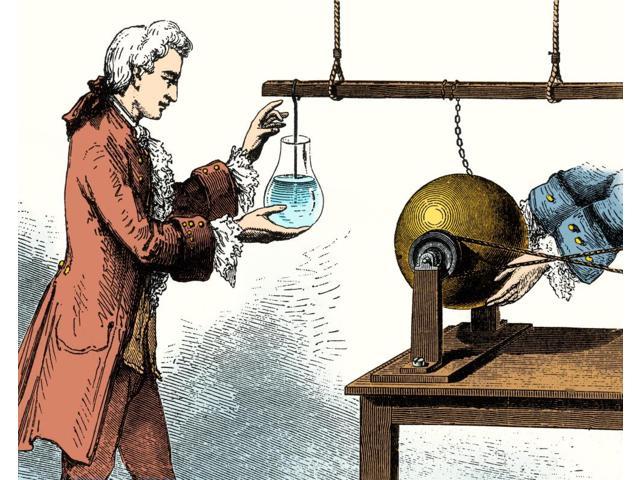 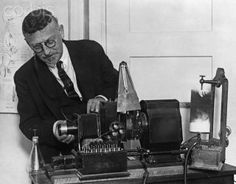 It wasn’t until much later that the effects were better understood.

Around the start of the 20th century, Albert Abrams garnered tremendous attention with his development of machines and unusual practices. However, the inadequacies of good scientific theory and unexplained failures led Abrams to eventually be discredited.

Royal Rife Emerges as a Significant Innovator in Electro-medicine

Subsequent to the work of Abrams, Royal Raymond Rife, an expert microscopist, developed scopes that he claimed magnified to 60,000x. This made it possible to view living microbes for the first time. As Rife studied the life cycle of these pathogens, he reasoned that he could de-vitalize them by delivering the right frequency (called “mortal oscillatory rate”, or MOR). He demonstrated this many times in his laboratory and made headlines in the early thirties when he reported success with 16 cancer patients who had been deemed “terminal”. Headlines of the day proclaimed that these people were cured in a matter of approximately 90 days.

Much of Rife’s original data remains obscured today. Royal Rife was well connected; his collaboration with esteemed doctors who endeavored to replicate his results, is well documented. The nefarious actions of Morris Fishbein, head of the AMA, wreaked havoc upon the experimental medical community. In the wake of the ultimate destruction of the laboratories and records of Rife and his colleagues, many of them disavowed him. 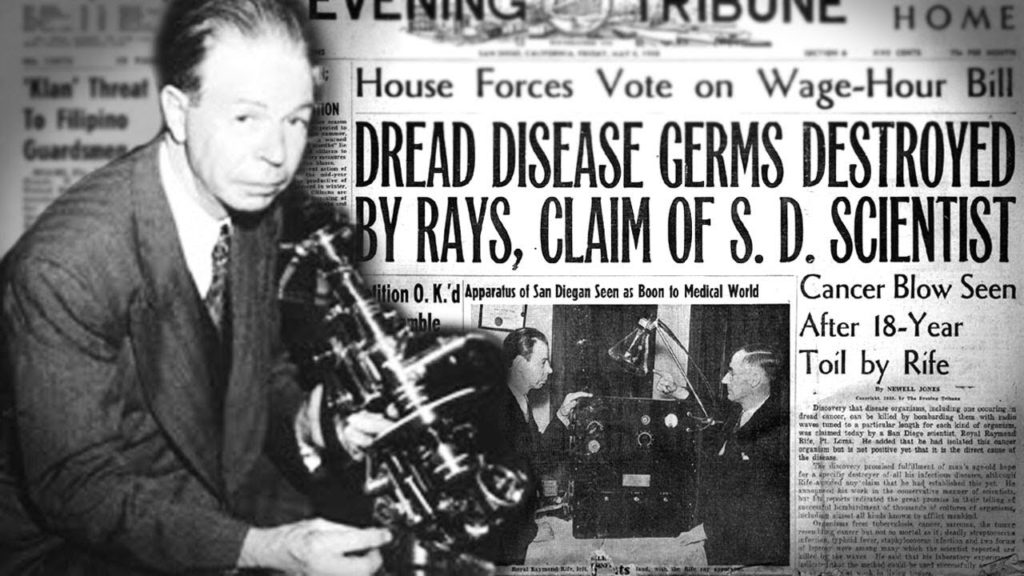 This, and interference from his own business partners, created confusion and consternation about what really occurred, leading to varying degrees of speculation regarding the actual frequencies Rife used. Controversy remains to this day about the very nature of the devices which are most valid.

One school of thought is that Rife was most effective with high range frequencies, in the radio range. Others (like JWLABS) insist that the purest form of Rife therapy is to deliver what Rife called the “base numbers” in the audio range. The latter implies direct contact, while the former refers to indirect delivery.

It’s true that Rife was forced to develop the “broadcast type” instrument in order to prove his theory about de-vitalizing the pathogens. Direct contact was too potent to be directed to the slide under his microscope. It destroyed the sample before he could demonstrate the microbial electrocution. The Frequency Generator, already patented in the 1890s, was powering his broadcast unit. Unsurprisingly, he spoke exclusively about his “beam ray” instrument in the public domain

In fact, he did not reveal that the analog frequency generator was actually powering the ray tube device. Logically, it would not have served him to promote previously patented devices, despite the fact that they played an integral part in his work.

Today, we understand the need to be cautious about continuous exposure to radio frequencies. This higher range has the potential to harm human cells with continuous use. Furthermore, what remains unknown (and uninvestigated) are the harmonics which are generated by the mingling of these high frequencies with those already enveloping us via smart meters, wifi and more. This is why JWLABS urges caution for the home user if employing the broadcast type instrument.  Since 1987, JWLABS has maintained that the safest and most effective way of delivering frequency to the body is to utilize the audio range via direct contact. This is because we remain concerned about the negative effects of exposure to the higher radio frequency ranges.

Since 1987, JWLABS has maintained that the safest and most effective way of delivering frequency to the body is to utilize the audio range via direct contact. This is because we remain concerned about the negative effects of exposure to the higher radio frequency ranges.

Increasingly, people are seeking solutions which are safer than many of the drugs on the market. They aspire to protect their health by employing common sense practices that will not harm them. Ironically, this technology has long been approved for use in veterinary.

Electro-medicine has been utilized effectively for many applications: 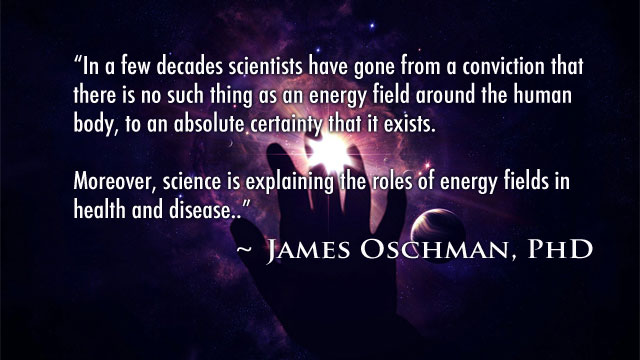 Rife Technology for Home Use is a Best kept Secret!

Most people don’t know that they can acquire a device, which has the capability of addressing many of these issues, among many others, to use in the privacy of their home

Increasingly, people are learning that they can acquire a user-friendly device which has the capability of addressing many of their issues and that they can use it unhindered in the privacy of their home.

People who use the JWLABS Rife machine embrace it as an essential component to protecting and preserving their quality of life. They would not be without them!

To learn more about how to acquire our user-friendly devices and what it can mean for you, please visit https://jwlabs.com, and call us for discussion of your questions and concerns.