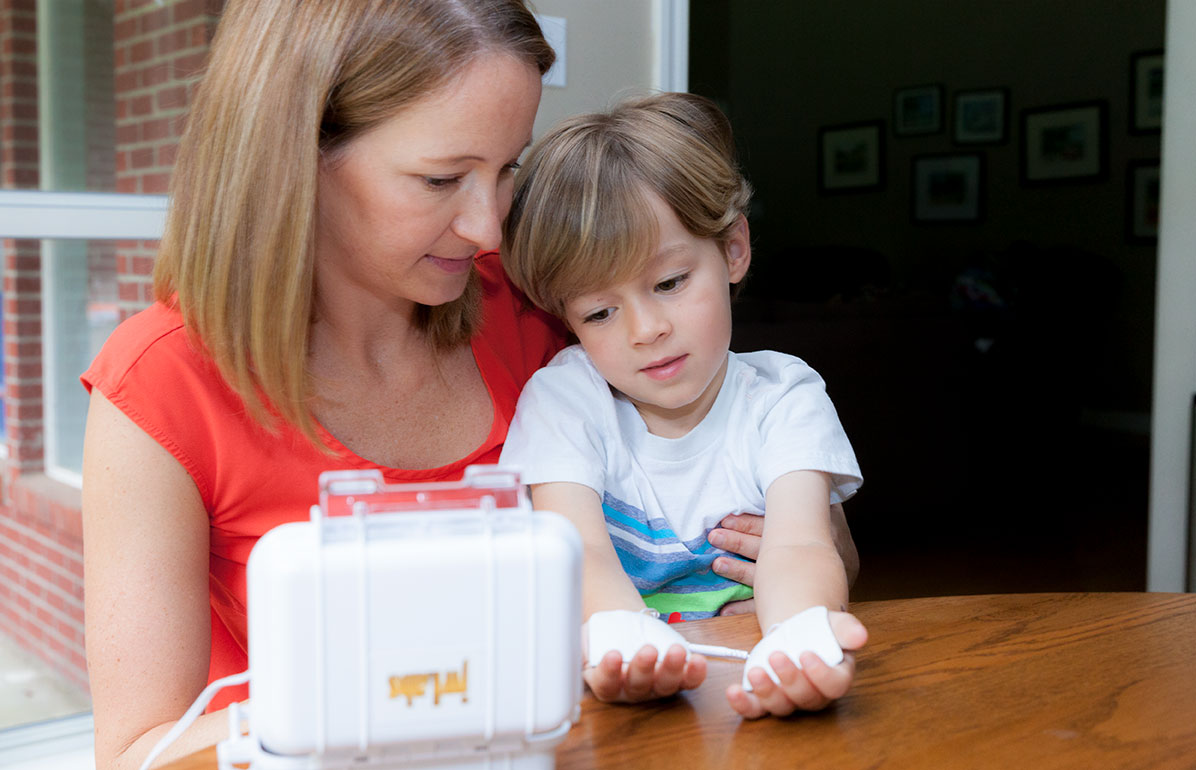 All users of our Model A Rife machines start out with what we call the beginner’s routine.

This is a very gentle session recording, and is intended to provide results with almost any applicable condition in the slowest, and safest way that we can devise. It is called the General Alignment.

The GA is 73 minutes in duration, tuned continuously throughout the session via the recording. For the average new user, 10 minutes is as much as is needed, three to five times per week. This is continued for a week to 10 days for most people, but some will never need longer sessions, or more advanced sessions, and will continue with the GA indefinitely.

The first effect that the new user experiences, in most cases, is an increase in energy.

This is due to the body’s uptake of electrons, which are converted by the cell, directly into ATP. ATP is Adenosine Tri-Phosphate. In simpler terms, this is cellular energy. Beginner sessions are designed to give the user this boost, which is quite noticeable for most people.

The next thing that most users notice is an increase in the immune system, and a general detoxification.

Immunity is increased simply by virtue of the stimulating effect that sessions have on the tissues of the body, including the blood. If undiagnosed conditions exist, they will often come to the surface and are thereby made to be more easily diagnosed.

Changes in the blood can usually be easily verified by microscopic analysis. This can be accomplished simply by viewing the live blood before and after a short session under a dark field, or phase contrast microscope. However, microscopic analysis is usually not necessary, as the effects are easily observed over time.

Detoxification of the body is another effect of the beginners routine, and it is achieved again by the stimulus of the tissues. The signal is delivered by means of current, which forces all cells of the body to do a small amount of whatever their function is, which makes the cells pump out toxins. Organs are encouraged to function better, and detoxification is the side effect of that stimulus.

Over time, more and more work gets done.

As more pathogens are destroyed, the immune system is strengthened and antibodies are generated. For the healthy person, this is all that is needed to overcome common disease such as influenza, colds, allergies, joint pain, neuralgia, and many more.

Usually within three weeks, the new user will notice an increase in their stamina, an improvement in sleep habits, a sharpening of mind and even sometimes in their vision.

Regular maintenance with the GA usually produces a slow but steady reduction in all the things that may afflict them, including many forms of chronic disease. After six months of regular maintenance, the user becomes very resistant to common afflictions, and it is rare that an experienced user will show any but the most fleeting symptoms of colds and flu. These effects are observed by young and old, with a reliability of well over 90 percent.

We expect users to report any variations on these effects. In fact results that are not expected should be reported immediately, so that we can attempt to determine the cause, and assist them in the solution. In most cases, when results are not as expected, it usually means that a new diagnosis is necessary.

A simple example of this would be Rheumatoid Arthritis.

In the classic case, virtually all users are able to have complete control of the progress of the disease within a few short weeks of sessions. They will generally use the Arthritis Title, and use it to treat as needed to control pain, swelling, inflammation, and to arrest bone deformation. However, if the results are anything less than this, it usually means that there are other additional problems that have not yet been diagnosed. If rheumatoid arthritis is caused by Lyme disease, the  Arthritis applications will either not work well, or not at all. The user would then need to proceed with the Lyme disease application in order to eliminate the problem at its source.

I should mention here that JWLABS is a research and manufacturing operation and as such, we cannot practice medicine, give medical advice, or perform therapy of any kind. Our job in this respect, is merely to assist in the use of the machine for home remedy, in a manner that is safe and is most likely to produce the results the user expects.

There are an ever increasing number of practitioners who realize that effective Rife devices exist, and they understand that users of these devices are able to get better results with conventional therapies, including drug therapies, than non users.

If the user’s physician is supportive of the technology, they will more readily observe the improvements the machine can produce and can often be of some assistance in determining the rate of that progress. Sad to say, the vast majority of MDs who have no scientific familiarity with the technique will regard the instruments as worthless and never take the time to investigate further.  If the Physician is not supportive, it is appropriate to allow them to consider the machine as a form of entertainment and nothing more.

It’s important for the user to know the position that their MD has taken in this regard, because the use of the machine and the results thereof will be confusing to them if they are not receptive. And this can lead to very serious problems. For all these reasons it is usually necessary for users to take at least five days off from the therapy prior to any test or procedure by a test lab or physician who is not complimentary to the therapy. This, because though they are competent to determine the results of the test, they are generally not qualified to judge test results, plus Rife machine.

They could potentially make disastrous errors in judgment, not only of your progress, but they might change your prescriptions or order inappropriate therapies. Their advice, therefore, may be skewed. This would not be fair to them or to you. That said, they will often take full credit for the improvements in your condition out of ignorance.

Some years ago, one of our users who had been fighting what was then called full blown AIDS, had disregarded our advice and taken a full hour session immediately before his regular test for viral load. As we had predicted, the results of the test indicated that he should have been in a hospital bed, curled up an a fetal position and beyond hope. However he was quite chipper, and full of energy. His physicians could not understand how he was able even to walk around. Had he stopped the therapy for a few days in advance, the results of the test would have been more accurate, and more indicative of his true condition.

Home remedy as important as this, as potent as this, and as inexpensive, is not going to be stopped by the recalcitrant attitude of medical practitioners. For now, it is best for them to believe that your improvements are coincidence, placebo, or just serendipity.

Families and practitioners use our Model A Rife machines for a multitude of health concerns. Among the benefits they observe are: