Approximately 83 years ago Royal Rife, a native of San Diego, left a legacy to the world which has been largely ignored. It was probably one of the most important breakthroughs in the history of medicine.

By virtue of his extraordinary Universal microscope (with 50,000x magnification), Rife was able to view living viruses. Observing that each virus was of a different hue, he recognized that color equates to frequency. From this, he was able to establish a mortal oscillatory rate for each virus.

Pairing his frequency theory with the already existing technology of frequency generators, he established protocols which were proven effective in eradicating cancer with hundreds of lab animals and even with late-stage (deemed incurable) cancer patients. This was well documented in 1934 and Rife’s work was discussed openly well into the 1940s (https://rifemachine.com/royal-rife-smithsonian-annual-report/)

Royal Rife and his universal microscope

Pairing his frequency theory with the already existing technology of frequency generators, he established protocols which were proven effective in eradicating cancer with hundreds of lab animals and even with late-stage (deemed incurable) cancer patients. This was well documented in 1934 and Rife’s work was discussed openly well into the 1940s (https://rifemachine.com/royal-rife-smithsonian-annual-report/)

Since that time, beginning with the TENS unit in 1971, (the same year Rife passed away) Rife technology has been gradually gaining acceptance everywhere in the world. The TENS unit is one of many devices that borrows a small part of what the Rife technology can do, reducing it to practice with a device and a protocol that addresses only one or two specific problems.

After decades of experimentation and tens of thousands of users, we have learned that the Rife technology is capable of effective treatment for almost every infectious disease.

It’s a shame that it has been ignored for so long, and that so many people who could have benefited from it have been denied simply because it has been made so obscure.

The technology has only endured for this length of time because it is a genuine therapy of great value. There are always a few well-informed, usually well-educated, intrepid individuals who have their own Rife machines built for their own use. This is a service Wright Labs has been providing clients for almost 30 years.

Most private experimenters use it for Cancer, Lyme disease, or other incurable or terminal disease. It is compatible with virtually all other therapies; and we have long observed that even when it is used in the most generic way, it tends to enhance the effects of these therapies.

The safest way to deliver frequency to the body is via direct contact with what is termed a transducer device. Our instruments deliver current to the body that is a stimulus to the user, yet simultaneously provides a destructive force to all kinds of pathogens.

The effects of this type of stimulus, applied according to simple standards, has long been shown to lead to benefits such as:

The reason this happens is probably due to the fact that this kind of electro-therapy often removes or modifies the factors that inhibit the effectiveness of other therapies. The noted increase in circulation, for example, often is thought to open the channels that,when closed, prevent drugs and other remedies from reaching the target areas in sufficient quantity.

In the first 10 minutes of this therapy, the increases in immune response are observable in the blood as seen under the microscope. A notable correction and an acceleration of the lymphocytes also corresponds to an improved overall condition.

These are general benefits that are completely non-specific, but bring consistent changes that are easily measurable. Used the way it has been done traditionally for decades, this therapy cannot harm human cells,so there can never be any harm to doing the therapy. Although it is possible to over do it.

For most, Rife technology is a best-kept secret. It represents a rich history and great potential; but, like our grandfather’s overcoat, it has languished in the closet long forgotten. Largely misunderstood, even misrepresented, this technology represents an approach to health and healing that is light years ahead of what we call “modern medicine”.

The science is based on declassified technology we obtained from the United States Department of Defense USAMRID in the 1990s, through the United States Technology Transfer Consortium. Specifically, Electro Conformational Coupling, a theoretical model used to understand the results of electromotive forces used to create endergonic reactions. (See link: https://jwlabs.com/jwlabs-pentagon-release-paper/)

We serve private users, and practitioners alike,with full customer support. Our Model A users report results with numerous conditions, even those which were misdiagnosed. We strive to keep this technology in the hands of the people via a straightforward, user-friendly device that packs the punch of our original-style machine commissioned in 1986 by colleagues of Royal Rife. (Model A start-up video: https://jwlabs.com/jwlabs-rife-video-series/)

Most any medical practice or clinic can benefit by adding a simple and cost effective modality for out- patient use that supports virtually all of their work. We can provide turn-key manufacturing services to produce custom devices for your clinic that are ready for approvals, or for any clinical trials that might be needed. Call us at 888-891-1122. 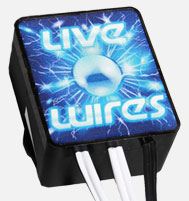