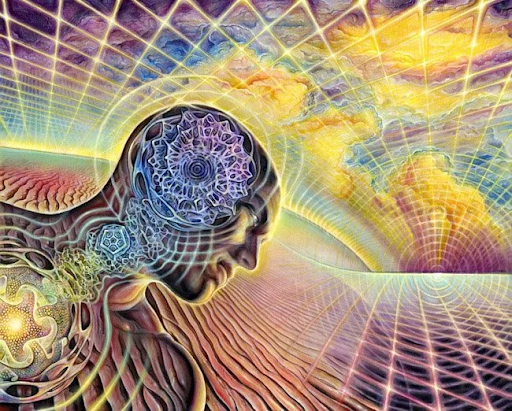 For many years John Wright asserted his concerns about Rife machines which employ radio frequencies  He pointed out that direct contact delivery is more efficient, as there is no power lost from the source to the receiver. (Equally important, the nerves, the blood and other conductive tissues carry the electrical current deep within the body.)

He maintained that direct contact delivery of frequencies is also safer in that these frequencies are much lower, measured in hertz. He pointed out that radio frequencies (measured in megahertz) produce radiation. In fact some of the effects produced by Rife machines which use this range are generally associated with the heating of the tissues rather than the safer method of delivery which is electrical current.

But there was more than just the method of delivery that concerned John. He often discussed the issue of power lines and cell towers. While these in themselves are problematic, he emphasized that the harmonics which are generated by the combined frequencies are even a bigger issue.

So when we consider Rife machines which deliver frequencies in the megahertz range, devices which broadcast frequencies through the air, there is an important question to consider:

What are the harmonics created when radio frequencies blend with the ambient EMF environment in which we are fully immersed? And why is no one asking this question?

Increasingly, people are becoming aware that we need to learn more about this EMF “soup” in which we are bathed. It’s imperative that we examine the concerns voiced by experts who are not connected in any way to the telecom industry.

Sadly, interest in the subject is often prompted only when health issues present themselves as a result of constant exposure. It’s become increasingly clear that the effects are cumulative and that some individuals are especially sensitive. Their reports include a variety of symptoms and dysfunctions.

I have no doubt in my mind that in the present time the most pollutive element in the earth’s environment is the proliferation of electromagnetic fields. I consider that to be greater on a global scale than warming and the increase in chemical elements in the environment.

Twice nominated for the Nobel Prize

Dr. Dietrich Klinghardt points out that microbes behave differently when they are exposed to EMF radiation. He expounds on the effects in Lyme patients, for example.

… We know that Lyme spirochetes were around for a long time but something happened maybe 30-40 years ago, where the creatures became more aggressive, more penetrating, and more illness-producing than they were before. ….I personally suspect that the exposure to electromagnetic fields in the home and the microwaves from cell phone radiation are driving the virulence of many of the microbes that are naturally in us, and makes them aggressive and illness producing.

The negative effects that EMFs have upon the body are cumulative and twofold. First, EMFs—particularly the microwave radiation from cell phones and cell phone towers—are highly immunosuppressive. Secondly, electromagnetic pollution drives the growth of microbes within the body, so that, as if anticipating their own death, these microbes replicate much faster and produce more virulent toxins.

A Swiss mold researcher once conducted some simple experiments to measure the virulence and prevalence of mold and mold toxins (myco-toxins) in high EMF environments. He exposed molds to a Wi-Fi router and found that the production of mycotoxins was dramatically increased by the energetic frequencies. The virulence of the toxins also increased 600-fold. That means that not only did the mold and mycotoxins multiply more rapidly, but they also became much more potent in the presence of EMFs. There’s an increasing body of research that links many chronic illnesses to microwave and radio wave exposure….

This video is less than two minutes long. Cecelia Doucette Director, Massachusetts for Safe Technology Education Services reports briefly on a study which was commissioned decades ago by the FDA to study the effects of cell phone use. They expected to find the technology safe, but the NIH submitted a report documenting clear evidence of cancerous tumors and DNA damage due to cell phone technology. Please watch.

Stunningly, Health Authorities’ guidance is often out of date, biased and inaccurate making it nearly impossible to learn the facts of how EMFs compromise our health in a multitude of ways.

Here are a few additional references to research which exposes genuine concerns.

*PLEASE NOTE: The rest of this article refers to information pulled from various sources in regards to the deployment of 5G and how best you can mitigate the effects. Links to all original sources have been provided. (We are not endorsing products represented on these links. We provide them to demonstrate that we have options for protection from the effects of constant exposure to frequencies which have proved harmful.)

Scientists, doctors, environmental organizations and citizens from [multiple] countries, urgently call for a halt to the deployment of the 5G (fifth generation) wireless network, including 5G from space satellites. 5G will massively increase exposure to radio frequency (RF) radiation on top of the 2G, 3G and 4G networks for telecommunications already in place. RF radiation has been proven harmful for humans and the environment. The deployment of 5G constitutes an experiment on humanity and the environment that is defined as a crime under international law. https://www.5gspaceappeal.org/the-appeal

No informed consent is a breach of human rights and the Nuremburg Code (see 5GAppeal.eu from over 200 medical doctors and scientists). The UK population has never been informed of the 1000s of peer-reviewed published scientific papers demonstrating biological damage at non-thermal levels. Perhaps this is because advisory groups tasked specifically to inform the public have conflicts of interest and their published information is usually substantially out of date.

Damage goes well beyond the human race, as there is abundant evidence of harm to diverse plant- and wildlife[32][33] and laboratory animals, including:

To quote the court ruling:

In the court’s opinion, looking at all the arguments, with reference to scientific literature, it is not excluded that even a field strength of less than 1 V/m, and therefore also in the case of the plaintiff, may involve increased health risks.

Anyone can shield against 5G with T98 shielding paint

"Frequency Specific Microcurrent is basically what I consider to be like homeopathic dosing of a magnetic field, or electric depending on how you are using the machine."

Nicole Shorrock, MD,  IFMCP – Functional Medicine Physician and 20+ years pediatrician speaks to the importance of reducing in home EMF and creating an EMF mitigated sleep sanctuary for health and recovery.

(This is a worthwhile discussion.)